A few headlines from around theLoop 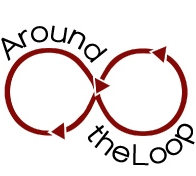 Accident on I-95: A man’s lower leg was severed Friday morning on I-95 as he was changing a tire just south of Exit 18A (Fenimore Road) when a women lost control of her car. The 26-year old New Rochelle woman was swerving to avoid another accident, a one-car collision in the Northbound lanes. Witnesses say northbound traffic was tied up for three hours after the 7:30 am accident.

In a legal case that has already cost the Village of Mamaroneck nearly $1 million in legal fees, Police Sargeant Guy Massi, who is fighting a 2004 suspension is reportedly weighing an appeal to the US Supreme Court. Last month the 2nd U.S, Court of Appeals dismissed his appeal.