Seven men from New York City have been arrested for two robberies that took place earlier this week in Mamaroneck Town and Larchmont. 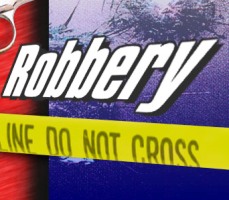 On Sunday night, a 17-year-old boy was held by two men who took his iPod and cell phone on the corner of Nancy Lane and Palmer Avenue.

Early Tuesday morning, a 25-year-old man was assaulted on Boston Post Road near Dillon Road  by three men who took his Blackberry and $18 in cash.


At about 10:48 p.m. on Tuesday night at Harmony Drive and Kenmare Road, Officer Al Vize pulled over a gray minivan that matched a description given by detectives who were working on the cases. Police could not say if any of the stolen property was found in the vehicle.

Mamaroneck Town Police Lt. Robert Koziak said he could not yet release the suspects’ names and that the specific charges were still being determined.

In addition to the two cases in Mamaroneck Town,  an 18-year-old man was confronted by several males who took undisclosed items from him on Palmer Avenue and Fenimore Road in the Village on Tuesday night. Mamaroneck Village Lt. Steven Gerardi said additional charges would be coming for that incident.

A fourth incident in Larchmont occured on Boston Post Road near Chatsworth Avenue when two teenage girls were accosted by three teenage boys during late evening hours on August 29.

Police say the girls began to move away from the three boys when one of the three took a small purse from the pocket of one of the girls. The three suspects then fled the area.

On September 3, Larchmont Police Detectives arrested a 15 year old on East Gun Hill Road in the Bronx and in connection with this case.  The suspect was charged with two counts of felony grand larceny and the matter was turned over to the Department of Probation.  A second suspect has been identified and the arrest is pending.