A Rolex watch and other items of jewelry were taken from a Scarsdale home Tuesday night between 8:15 p.m. and 9:50 p.m. No arrests have been made. 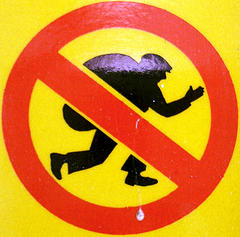 A side door to the Hampton Road home was smashed off its hinges, Scarsdale Detective Lt. Bryant Clark said. The home’s alarm system had not been turned on.

Clark said the owner returned home shortly before 10 p.m. and found the desk in his home office in disarray. He immediately went outside and called police.

Police arrived and found other rooms in the home had been searched but did not locate anyone inside or outside the home. A complete list of the missing property has yet to be submitted.

An attempted burglary took place on Brite Avenue sometime between 5:30 p.m. on June 25 and 9 a.m. on June 26. A rear door was smashed with a rock at that home, but no access was gained.

Clark said it was unclear if the two cases were related.

"That possibility exists," he said.

Both remain under investigation.