Robert Ripley, creator of Ripleys Believe it or Not, owned a 34 room house on an island off Mamaroneck, which 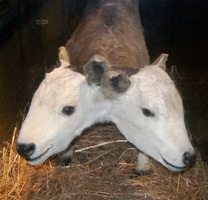 he purchased in 1934. He called it BION Island (for Believe It Or Not). 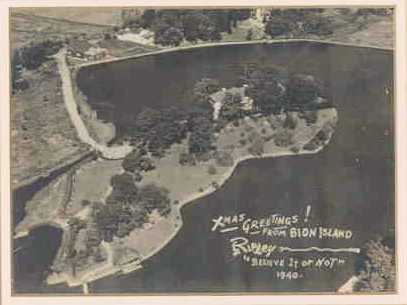 Some of the episodes of the most popular TV show of its time, Ripley’s Believe it or Not, were filmed at the mansion, where his museum website claims were "hundreds of Chinese statues and wall hangings, Indian totem poles, a huge collection of beer steins, weapons of torture from Germany, colossus Oriental bronze guardian statues, a 20-foot pet python and even Cyclops, his beloved one-eyed dog."

The house is no longer there, but newer houses are. From the map, our guess is that it’s at the end of Taylors Lane, but we couldn’t find any documentation. Anyone know?