In Mamaroneck, Hommocks Middle School officials and Town Police are reacting to an apparent incident of eighth graders drinking during lunch. 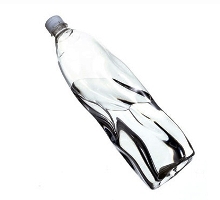 Wednesday, according to a letter sent home to parents, " an eighth grade student brought alcohol into school concealed in a water bottle.  During lunchtime, she drank from the bottle, then passed the bottle around to other eighth grade students seated at the lunch table.  A small number of students admitted taking a sip from the bottle; other students claim they merely sniffed the contents. One girl was subsequently rushed to the hospital via ambulance suffering from a case of alcohol poisoning.  She is expected to make a complete recovery following medical treatment."

According to Hommocks Principal Seth Weitzman, the students involved were suspended from school  for violating the District substance use policy.  When they return, they will work with a specialized substance abuse counselor.

"While this is the first school time alcohol consumption case in my ten years as principal," Weitman wrote, "anonymous student responses to RADAR questionnaires have found that alcohol use increases during the middle school years."

Readers: Do you feel the school reacted appropriately? please comment below.