CBS 2  reports that federal prosecutors are closing in on an indictment against New York State Senator Pedro Espada, and state Democrats want to 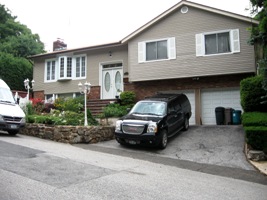 throw him out of the party because he lives in Mamaroneck, not his Bronx District.

The report says federal prosecutors are getting ready to indict the embattled Bronx politician on a raft of charges relating to his use of money from his Soundview healthcare empire for his personal and political use.

In an unprecedented move, a top party official is sending a letter to Assemblyman Jeffrey Dinowitz, the Bronx party chairman, demanding that he yank Espada’s party enrollment.

The letter from party official Edgar Santana reads in part: "For more than a decade, Sen. Espada has cavalierly flouted campaign finance rules. He operates in open defiance of state residency requirements. Sen. Espada’s decision to affiliate with the Democrats is the result of opportunism and personal gain, not a commitment to Democratic ideals."

Sources say Espada could be indicted by the feds by the end of this month or early next month.