In 20,000 Leagues Under the Sea in the mid-19th Century, the writer Jules Verne tells the story about an unseen ocean monster that was destroying trade ships. 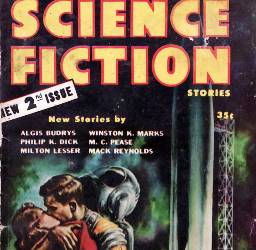 The monster turned out to be an underwater vessel , covered in metal, that plied the depths of an ocean never before discovered.

It was pure science fiction.

But it foreshadowed modern military submarines. (And Verne imagined other technological innovations long before their time, such as skyscrapers, hot air balloons, helicopters..) 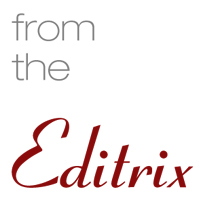 Could Jules have known I would be flying across the country at 36,244 feet (as I write) with a Wi-fi connection? With a google map on a screen right in front of me, showing me the plane has just cast a shadow on in Kit Carson, Colorado?

In the world of on-line journalism, the monster is the new media rising from the slow death of the old.

theLoop, and the editrix, are very fortunate to have been awarded a Fellowship by the Knight Foundation, to study the future of journalism. 20 hyperlocals nationwide, including theLoop, were recognized for their leadership in this new form of media.

These site publishers have built good, even great, sites for local audiences. Soon, we will be even better.

For the next week, I will be at entrepreneurial journalism "bootcamp" at the University of Southern California learning and finding ways to make this site and others like it more what you want them to be.

When I first ran film up and down the block at WABC -TV for Bill Beutel and Roger Grimsby, I wasn’t smart enough to envision the Internet at all, much less that it would become the main source of news and information for most people.

And now that it is, we are committed to making it as good at it as it’s possible to be.