The venerable Larchmont Gazette has suspended publication as of today. Hyperlocal before there even was such a word, 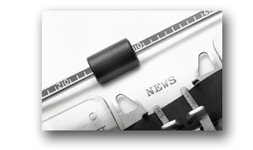 "Judy and Paula" (Silberstein and Eisenberg) were pioneers in the space when they went on line in 2002.

For the last three years, we’ve been competitors, a natural and necessary relationship among Journalists, when information is the goal and the

variety of storytelling styles, especially those afforded by new technologies, can be wide.

We’ve often looked over one another’s shoulders and, in our case, having them around only made us better. We hope they felt the same.

For several weeks, we have known this was coming, and it was news, but in this case, we chose to let the Gazette make its own announcement. They earned the right to that story.

The Gazette may or may not reappear with a new team. In either case, the Loop welcomes Gazette readers and contributors.  Our Community deserves the best of both.