A great success story in the area is the steady growth of lacrosse as sport for children as early as Kindergarten. 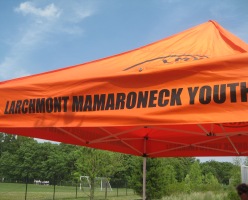 
Says Commissioner Fred Cambria, "The league was started by a husband and wife, Leigh and Bobby Garry who live in Mamaroneck. This was our 13th season we just completed. Then we had maybe 75-80 mostly boys. Today we have 792 players in grades K-8 and over 100 coaches. That number is split 50-50 boys girls!"

Saturday’s top shot tournaments marked the end of the season. The slide shows below show the First Step (first and second grade) girls and boys.

Girls took the field at Mamaroneck Town Center and played relays such as "Wilma," and water balloon races …


While the boys played six games over two afternoons at Flint Park.


Congratulations on a great season!