According to the U.S. Census Bureau, on average, approximately 40 million Americans move every year. 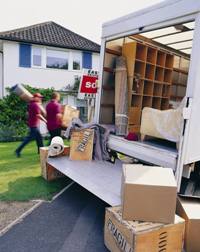 The highest mobility rate is for young adults in their 20’s, which is no surprise considering you’ll go anywhere they tell you for a brand new job. At that age you’re either moving back from college, or really moving out of the parent’s house.   And of course this statistic is jacked up by the non-committals that can’t decide between a partner, a group apartment with friends, or mom’s free house, again.  With the exception of New Yorkers, nobody wants to be the George Bailey, stuck in the same old-same old if they can see the world.

By the time you’ve settled into your domestic bliss in the suburbs, you expect some consistency in not only what you do, but who you know.  This is a fallacy.

This summer—the most popular time for Americans to move, according to MoveCentral.com-I lost a couple of families to moves of varying flavors.

The most far flung place is la ciudad de Guatemala.  My Swiss friends Eva and Patrick who have called Rye their home for the last three years are taking a post as nothing less than the interim Swiss Ambassadors in that country.  A position of power and a large home to entertain in has not stopped my friend from crying about leaving ‘home’.  As is often the case, the move is a corporate one, allowing for the husband, usually, to be preoccupied with his new challenge while the family struggles with the loneliness that a new location often brings.  The ability to correspond so easily with e-mail and social networks helps when you know no one except the people you came with, but it doesn’t make-up for the impromptu dinner and drinks with people that let you be you.

According to my ex-shrink who thought it a good idea to leave my hometown 15 years ago, it takes at least a year, regardless of where you move to adapt.  It’s more difficult if you don’t speak the language, but even if you move down the street, it still takes a year to call the new place home.  The trick to calming your nerves is to do things that are routine to you, ironing for example, instead of relentlessly navigating your new town.  And even then there will be places that never feel quite right.  As my friend Eva told me after her 11 moves, “Rye was always home, India never was.”  Their two young sons say they’re excited about the move since the family is in the business of being reassigned; they will be worldly adults.

So how are kids affected by the moves their moms and dads make?

Forget the perils of moving due to extreme economic strain, family tragedy or divorce, kids evidently suffer long-term harm from moving even for mostly good reasons.

The Journal of Personality and Social Psychology in an article titled, “Residential Mobility, Well-Being and Mortality”, found that serial movers tended to make for less happy adults.  The idea is that ‘outsiders’ struggle more and also live shorter lives.  And if you are considered neurotic, it will have a far worse impact on you then an easy going extrovert, ‘who remains blissfully unmoved’, pun not intended.

Being clearly neurotic on occasion (moody, nervous, high strung) I thought back on all of our family moves, now able to place solid blame for my personality deficiencies.  Moving as an adult, I know what it’s like to know no one.  That’s easy.  The hard part is accepting that a lot of the people you’ve left behind don’t care that much.  A real eye opener.  In conclusion, my Psychology Journal would say that by deduction, effortless friendships due to geography are convenient and by default sometimes shallow.  They also fill our days, involving friends in our mundane day to day dramas.  Friendships that endure over time and space can end up being the real McCoy if both parties bother.

Another friend that left Mamaroneck to move to Brooklyn has by proximity made the friendship test easier to pass.

After 12 years here in Westchester she had a job and two kids in school in the city making her and her architect husband’s purchase of a crumbling brownstone a smart, interesting choice.  She told me that Allied Movers, after 75 years in business had never moved anyone to Brooklyn from Mamaroneck, only the other way around.

When I asked her what she liked best about her new neighborhood, she said, ‘you can smell people smoking pot at all hours.’  Naturally the extrovert reads this as a young, vibrant area full of possibilities.

If the U.S. Census Bureau is correct that on average Americans move 11.7 times in a lifetime, I for one am close to done.  And with the current recession, the number of people moving is down.  It’s harder to be mobile when a relocation package is questionable and the housing market is stalled.

It’s no surprise that with aging comes less mobility.  And there is something to be said for establishing yourself.  But when friends start new lives leaving us behind, it makes it hard not to think about kicking off the dust of your little town and being the one that reports back with tales of life on the outside.

Kim Berns is a writer and interior designer living in Rye. For now.