Having the time to read Plato would certainly be a luxury, but at least I could keep fresh in my mind his thoughts on society and ‘that people are at war with one another’, over their place in the pecking order of things. 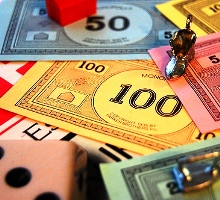 I would do best to write it on my hand, a handy source for each time I am barraged by another fancy fellow suburbanite extolling about their luxury items.

I recently attended an event in Rye where the most interesting conversation centered on whether to have the California Chardonnay or the Pouilly Fuisse.  It was enough to make you choke on your escargot.

So what do you do when confronted by people you see frequently but don’t intimately know, with the list of things they have that you don’t?

This “class warfare,” which according to a recent article by Lawrence Lewis in the Daily Kos, “State of the Nation,” is a nasty euphemism only used by those that have nothing.  As we know, the division of who has what and who doesn’t is currently the largest income gap in America’s recorded history.

And according to Mr. Lewis the Republicans blame the less fortunate for not being born into wealth, making them not only not as rich but in another class, the unlucky one.

I don’t necessarily agree with Mr. Lewis or his assessment of the Republicans.  What you have, as you do in any microcosm, and his one happens to be the wealthy Westchester suburbs, is an overabundance of people not with old money but with brand new shiny pennies that they want to show to everyone.

Thus went my conversation, where I couldn’t keep up with the cars and boats and the many summer residences they set sail for.

In my Housewives of Westchester fantasy, as I sipped the domestic vino, I wanted to show off my elitist intellectual side, a class war unto itself and in the past joined at the hip with the moneyed.  With bravado and a slight Newport accent I would have quoted Fitzgerald in his conversation with his buddy Hemingway on, “The rich are different from you and me,” where Hemingway then supposedly responded, “Yeah they have more money”, only so I could throw off a catchy bon mot like, “and that’s all they talk about!”

But alas, I wasn’t dining with Hemingway or Fitzgerald who at least would have had the good sense to get wildly drunk, evening the score a tad.  Or at least making things fun.  But then again a stick in the eye would have been more fun than cavorting with The Consumers.

Can we even the score?  Of course that’s what everyone in Washington says we should do.  Only problem is, it’s the elitists talking.  Just ask Christopher Caldwell, the senior editor at The Weekly Standard.  In the cover piece for the NY Times Book Review recently, he states that Democrats are the party of elitism.  “One can define elitism as, say, resistance to progressive taxation, and make a case that Republicans better merit that description.  But, broadly speaking, the Democratic Party is the party to which elites belong.”

Or ask Sarah Palin who hands down is the leader in removing the stigma of educated elitists from the Republican’s baggage, phew.   But sadly the ‘high tide’ of liberalism as pushed by Lyndon Johnson, and recently reflected on by Walter Mondale’s new memoir, The Good Fight:  A Life in Liberal Politics doesn’t look like an agenda any one has.  He says that “liberalism is still on trial”, and that, “I wanted to talk about poverty and opportunity, but people wondered why I wanted to give away things for free.”

Warren Buffet, one of the world’s richest men was interviewed a number of years ago by Ben Stein.  He said, “There’s class warfare, all right, but it’s my class, the rich class that’s making war and we’re winning.”     Now Mr. Buffet is said to be a really nice guy, even with all his riches, and what he was referring to was the disproportionate amount of tax he pays in relation to his workers.  So he may be smart and nice, but it doesn’t mean he’s cutting you a check.

It boils down to that little microcosm we all live in, known as here as the suburbs.  Different from the city, where anonymity can be a choice, we tend to think we know all too well what others have, so busy are we, counting their money.

But it’s all relative anyway.  Who am I to look up the ladder, my little fingers being stepped on, when I don’t take as much time as I should to look down the rungs where reality resides?

Anyway, everyone knows we need the rich folks to keep the world going round.  And besides, if you play it just right they may invite you on their boat.