How you celebrate St. Patrick’s Day has more to do with how old you are than whether you’re Irish. 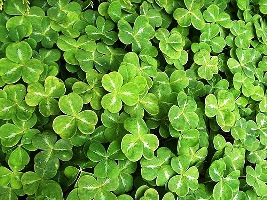 Granted, the Irish ‘settlers’ in the US have turned this patron saint into the party saint and cemented this tradition with taverns, parades and pub crawls.  This is not the holiday in Ireland that it is here, but sentimentality can go a long way where an excuse to drink for more than 24 hours is concerned.  As a Chicago native, I’m no stranger to creating my own pub crawl beginning with the famous Butch McGuire’s on Division Street (a street wisely shut-down to assist revelers in their hopes of not ruining the party with an errant auto).

The Chicago River has a 40 year old tradition: it is brightened up to a ‘sod of Ireland’ green the day of the parade in Grant Park–although St. Patrick’s day is on a Wednesday this year, the festivities begin the previous Saturday, parades included.  For the reader’s information, the ingredients to dye the river are secret but began with fluorescein, a substance that was intended to trace illegal substances that were polluting the river.  First Lady Michelle Obama was clearly given the inside scoop on the secret ingredients as last year the White House fountains were dyed green for this very occasion.

While in New York City, you can attend the 249th St. Patrick’s Day parade on Wednesday the 17th at Fifth Avenue beginning at 11:00 am.  To start off the festivities, you can sign up for a 3 day pub crawl (Saturday, Sunday and Wednesday) for $40.00, where drafts at particular establishments will cost you a buck, and a Jameson shot, $4.00.

To be an official crawler, pre-order your PUB CRAWL NYC souvenir t-shirt.  My guess is that people who feel compelled to purchase one of these shirts are prescient about their potential to get lost or separated from the crowd.   Signs of aging: getting separated from any crowd is the goal.

For those sticking closer to home and have a less ambitious beverage-consumption agenda, try lunch or dinner at the Larchmont Tavern at 104 Chatsworth Avenue.  LT has been around since 1933, but it is well-appointed with a decidedly mature and diverse menu.  Choose from either a platter of corned beef (boiled potatoes and cabbage only on Wednesday- for dinner $14.95)) or the Irish stew ($15.95 at dinner).  LT will also be featuring Irish coffee and Guinness on tap, $6.50.

Stepping up the action is Kelly’s Sea Level in Rye.  For the last 34 years, Kelly’s, which was established in 1976, has given away their corned beef dinners.  The economy in the last couple of years put a fix on that.  Still the platter of corned beef and the usual sides will only cost you $10.00 and the corned beef sandwich, $6.00.  Rumor has it their home-baked soda bread is the best around. They stop serving food around 11:00 pm, but the joint doesn’t close down until around 4:00.  This is after you have sampled the Magner’s Cider beer in a bottle ($4.00) a Guinness or Smithwick’s on tap ($6.00 a pint) and had the Bailey’s Irish cream dessert accompanied by an Irish coffee.  Imbibe while listening to a group of bagpipers that inevitably stop by as a favor to the amiable owner Jerry.  For some, this hidden gem housed in the heart of Rye is the quintessential St. Patty’s experience.  For others it’s just home.

When you’ve got the hankering to sing along with an Irish band that hales from the great County Tipperary in Ireland, there is but one place to go, Molly Spillane’s in Mamaroneck.  Be on notice that the band is starting around 3:00 or 4:00 in the afternoon on St. Patty’s, according to Penny the manager, and will go all night.

Spillane’s is already decorated with foil balloons and cardboard shamrocks.  The Guinness drafts will run you around $6.00, and the corned beef platter, $15.95.  They normally stay open until around 2:00 a.m., but according to Penny, will probably close closer to 4:00.  For hearty customers that get there when the band starts and the joint closes, may good luck be with you.

For those of us that have done this all before, regardless of sketchy recall, there’s still need to celebrate.  Cooking a brisket at home  is really reasonable at around $2.99 to $4.99 a pound.  Boiling cabbage and potatoes is cheap and easy.  Cold beer is always tasty right out of the bottle, and no one should be afraid to dress up that pot of decalf with a shot of Jameson and then a little canned whip cream topper.

I’m trying this the Saturday prior for a small crowd and was forewarned by an Irish bloke that the cabbage is going to make my house smell like old people.  I’m not sure what that means since I’m one of them.

—Kim Berns, who really isn’t that old, is a writer and interior designer living in Rye Neck. It really annoys her husband that we refer to their home as Rye Neck and not Rye. 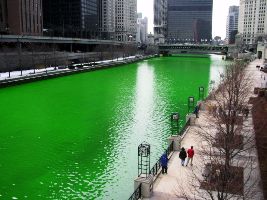