The Village of Mamaroneck Police Department likes theLoop police blotter. They like it so much that theLoop blotter is now 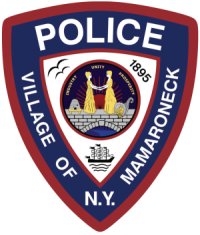 posted here on the Police Department pages of the Village website.

Just for fun, here is what we put together for them from police activity in January, 2010 in the Village of Mamaroneck:

LARCENY
Store owner at Suntan Strip tanning salon reports a party known to him took $400 cash from the register and fled. He was later arrested for petit larceny. 01/02/10


CRIMINAL MISCHIEF
A car at 845 Palmer Avenue had its front and rear driver’s side tires flattened and the driver’s side door scratched. 01/02/10


DISPUTE
Customer at car wash at 1001 Mamaroneck Avenue complained about the price of an oil change. 01/03/10


LARCENY
Woman reports that her unlocked bicycle was stolen from the garage bike rack at 123 Mamaroneck Avenue (The Regatta). She left it there on December 17, 2009 and found that it was gone when she returned on January 4, 2010. 01/04/10


COMPLAINT
A taxi picked up a man at the Mamaroneck train station who requested to go to the CVS store. He was mistakenly taken to the CVS store on Mamaroneck Ave. The passenger had wanted to go to the Rye Neck location of CVS on East Boston Post Rd. the taxi driver took him there and declined to charge him, due to the mistake. The passenger exited the cab and says he twisted his ankle, prompting him to call the police. He refused medical attention. 01/05/10


PROPERTY LOST
A woman reported to police HQ that her children’s birth certificates were missing when she drove off with them on the roof of her car. 01/05/10


ARREST
After stopping a man for making an unlawful right turn on red on S.Barry Avenue, a police officer detected the smell of marijuana in the car. The driver was released on $50 bond. 01/07/10


HARRASSMENT
A 40 year old New Rochelle woman misbehaving at the Lum Yen restaurant bar, 100 W. Boston Post Road, was asked by the bartender to leave. Instead, she jumped over the bar to join him. When police arrived, she resisted arrest, kicking an officer and refusing to get in the patrol car. 01/09/10


SUSPICIOUS INCIDENT
Responding to a report of a black Cadillac SUV dumping bags of clothing at 313 Fayette Avenue, police arrived and observed the driver had four children in the back seat. Two were not strapped in. When asked why he wasn’t using the third row seats, he said, “My laundry was in the back.” He was issued a summons. 01/10/10


TRUCK UNDER BRIDGE
For the umpteenth time, a truck became stuck under the Mamaroneck Avenue railroad underpass. 01/10/10


AIDED
A 78 year old man walked into police HQ saying he has no oil and needed assistance. He was put in touch with Community Services of Mamaroneck, Adult Protective Services and the Washingtonville Housing Alliance, who gave him help. 01/11/10


DISPUTE
A woman removed laundry from an idle dryer, in order to put her own load in. When the owner of the laundry returned to the room, a male party was irate and a verbal argument ensued. The police were called and the male fled the scene. Police were not able to locate the male. 1421 Mamaroneck Avenue. January 12


VEHICLE & TRAFFIC LAW ARREST
A 28-year old male was stopped for speeding and found to have a suspended license. He was charged with a misdemeanor and released on bail. Mamaroneck & Gertrude Avenues. January 15


STOLEN PROPERTY
A woman reported her iPhone missing from Starbucks. She had visited the Starbucks in the morning and when she returned, the phone was missing. 1030 W. Boston Post Road. January 15


BURGLARY
There was a report of a burglary at a residence on xx James Street. There was a broken window and a list of missing property was forwarded to police. Due to a past burglary at this residence, this case is under investigation. January 15


VEHICLE & TRAFFIC LAW ARREST
A 33-year old woman was stopped by police for speeding and found to have a suspended license. She was charged with two misdemeanors. 808 Mamaroneck Avenue. January 15


VEHICLE & TRAFFIC LAW ARREST
A 34 year-old Harrison male was stopped by police when he failed to yield. The officer suspected DWI and took the suspect to the police station where a DataMaster breath test was administered. He was charged with two misdemeanors and released on $200 bail. Hoyt Avenue. January 17


CRIMINAL MISCHIEF & VILLAGE FELONY
There was a complaint of an intoxicated male damaging property. The suspect was known to the complainant. Police noticed a broken window. Upon returning to the residence at 604 Tompkins Avenue, police arrested the suspect for criminal mischief and a village felony. January 17


PETIT LARCENY
A male minor was caught attempting to take merchandise from the Hess gas station convenience store on 731 Mamaroneck Avenue. The male was caught, he paid for merchandise, and he was told not to return to the store. This matter is resolved. January 18


LARCENY
A man complained that an item he had ordered, a DVD/VCR player, had not been received a month later. UPS tracking showed that it had been delivered. The man reported the package as stolen. 111 Florence Street. January 19


BURGLARY
A man reported that an undisclosed amount of money was taken from his apartment at an earlier date. Police are following up. 150 Fenimore Road. January 20


VEHICLE & TRAFFIC LAW ARREST
A male was stopped for speeding on Boston Post Road in the early morning. He was found to have a suspended license and arrested. He was released on $100 bail. 161 E. Boston Post Road. January 20


Youth Complaint
A homeowner complained that a group of youths in a black SUV were throwing eggs at houses on South Barry Avenue. Police responded and pulled over a black SUV matching the vehicle description. The officer spotted an empty shopping bag in the vehicle, at which point the youths admitted to throwing the eggs. The driver of the vehicle, a 16 year-old male, was issued a summons for driving at night on a learner’s permit. Two other youths were in the vehicle; all parents were called and youths were released to parents. January 21


DWI & Drinking Alcohol in a Motor Vehicle
Officers responded to a report of a minor accident at the intersection of Plaza and Center Avenues. The vehicle, driven by a 20-year old female from Mamaroneck Village, had damage on the front end from hitting a guard rail. The female was arrested for being under the influence of alcohol, as observed by an officer. At the station, she was administered a DataMaster test and charged with Drinking Alcohol in a Motor Vehicle. She was released on $100 bail and is due back in court in Mamaroneck on January 28. January 21


DWI
Officers responded to a report of a motor vehicle accident on Old Post Road at 4:18 AM. The vehicle, driven by a 30-year old woman from the Bronx, appeared to have heavy front end damage from hitting a tree. The woman claimed that she was traveling west on Old Post Road when an unidentified vehicle came out and caused her to swerve left and hit a tree. No other vehicle was observed. The woman was arrested at the scene for a DWI, as an officer had reason to believe she was intoxicated. January 22


DWI
Police observed a vehicle go through a red light at 540 Mamaroneck Avenue. The officer had reason to believe the driver, a 23-year old male Harrison resident, was intoxicated. The male was brought to the station, administered a DataMaster, and charged with a DWI. January 23


Theft of Service
A Stamford, CT-based taxi company lodged a complain about a passenger not paying his fare. The male passenger was picked up by the cab in Stamford, CT and asked to be taken to Mamaroneck Village. Upon reaching the village, the man asked the cab driver to pull over on Mamaroneck Avenue, and said that he would pay the fare. The man ran out of the cab without paying the fare. January 23


DWI & Aggravated DWI
A driver made an illegal U-turn at 335 Mamaroneck Avenue and was pulled over by police. The officer observed that the driver was intoxicated and he was arrested. After taking a DataMaster test, the driver was charged with DWI and Aggravated DWI. January 23


Disorderly Conduct
An officer was attempting to assist a 59-year old Bronx woman with finding a taxi at 3:00 AM at 327 Mamaroneck Avenue, in front of Molly Spillane’s. The woman repeatedly said to the officer “F— You” and displayed both middle fingers. A second officer arrived on the scene and observed that residents were opening up windows and doors in the immediate area due to the disturbance. The woman was arrested and is due back in court on January 28. January 23


Drunk Driver
A 33-year old male Suffern resident was pulled over by police at 900 Mamaroneck Avenue. At the time, the officer thought the male was drunk, and he was brought to the station and given a DataMaster test. The male was charged with Driving While Ability Impaired, a traffic infraction. January 24


Criminal Mischief
A woman parked her vehicle, a 1997 Jeep, on the street at 345 Florence at 6:30 PM. When she returned to the car in the morning, she noticed the front and rear windshields were smashed. January 25


Driving with a Suspended License
A 21 year-old man was pulled over for a traffic stop at 220 Jefferson Avenue. After it was discovered that he was driving on a suspended license, he was arrested and given a moving violation. He posted bail of $100 and is due back in court on February 4. January 29


Driving with a Suspended License
A 41 year-old woman was pulled over for a traffic stop on Palmer Ave. She was found to be driving with a suspended license and arrested. She posted bail and was released. January 29


DWI & Suspension of Driving Privilege
Officers pulled over a 25-year old man for speeding on Mamaroneck Avenue. He was found to be an unlicensed operator. Additionally, the officer had reason to suspect he was intoxicated; he was arrested and administered a DataMaster test. Upon further investigation, the man was found to have a suspended license. January 30


Felony
A 55-year old man was pulled over on a traffic stop 100 Fenimore Road. He was charged with a DWI and aggravated unlicensed operation of a motor vehicle in the first degree, a felony charge due to numerous prior suspensions of his driver’s license. January 30


Trespassing
There was a complaint about youths in a school bus during the weekend at the Mamaroneck Avenue School. Officers observed one youth in the immediate vicinity and questioned him. An attempt was made to contact his father. The youth was released. January 31