Mamaroneck Village Mayor Norman Rosenblum says the Justice race in the Village has been conceded by the Democratic candidate, Alice Pernik, to the Republican Candidate, 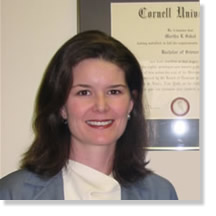 This came only hours after Bob Cohen conceded his race for the State Senate to Democratic candidate Suzi Oppenheimer (see story below.)

It should be noted that the Village of Mamaroneck had the ability to "self certify" the results in the past, however, when the Village elections were moved from March, under supervision of the Village, to November, under the supervision of the County, we no longer had the authority to "self certify". While I have not received a notice of certification from the Westchester County Board of elections, all races are now conceded and this will allow for the Village to move forward to return to the normal process of government transition.

All those who are interested in serving on one of the Village Boards or Commissions should send their resum, and interest  attn: Sally Roberts at: sroberts@vomny.org

to which he received the following reply from Trustee John Hofstetter:

At the last BOT meeting you made a motion to postpone the Mamaroneck Village Organizational Meeting until December 20th, which was immediately seconded.  During that meeting several members of the Board noted that it would be better if the wording of your resolution was reflective having the organizational meeting when the certification was ordered by Judge Adler.  The BOT discussed the fact that the certification could be earlier and the resolution should be changed to reflect that possibility.  You did not want to change the wording and insisted that your motion was on the table and should be voted on as put forth.  Given that resolution I do not believe we can reschedule the Organizational Meeting without having an meeting to change the schedule…So essentially we have to have a meeting to reschedule a meeting.

While I appreciate your flexibility in scheduling Organizational Meeting now, we are still waiting for Judge Adler to certify the results.