A 55-year-old Harrison man was arrested May 14 after allegedly making sexual comments to a 14 year old girl. 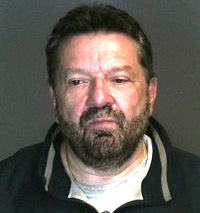 as she walked on the 600 block of Mamaroneck Avenue (near the volunteer fire station and Italian bakery) in the middle of the afternoon on  Saturday, May 1.  The girl reported being followed by a man driving an SUV who was making lewd comments.

Following an investigation, police arrested Dennis DeLuca on May 14.  He was charged with endangering the welfare of a child, a misdemeanor.

He is due back in Mamaroneck Village Court on May 20th.