One of the most heated battles over school desgregation in American history took place right here in New Rochelle almost 50 years ago in 1961, 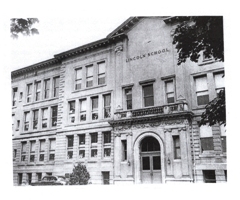 seven years after the better known Brown v. Board of Education.

Monday night more than 100 people braved torrential rain for a meeting at New Rochelle City Hall to discuss how the community will mark the anniversary in January.

It was a time of sit-down strikes. Demonstrations. School boycotts. Not much different than those in Selma or Birmingham.  New Rochelle was once called, "The Little Rock" of New York.

Led by Hallie Taylor, the mom of an 8-year-old student,the parents sued New Rochelle in Federal Court, charging that the city had prevented them from enrolling their kids in schools outside the Lincoln School district.

Documents presented in court proved that since 1939, New Rochelle had rigged its school districts to keep black children at the Lincoln School. White students had been allowed to transfer out to other schools in New Rochelle, but many of them had chosen to attend parochial or private schools instead.

The parents insisted that since their school had been segregated for so long, their kids lagged academically behind every other school in the District.

New Rochelle hired experts to disprove the parents’ claims, but the experts sided with the parents, stating that, "New Rochelle has been remiss in its attitudes and derelict in its duties. The situation has caused a feeling of inferiority for Black students that may affect their hearts and minds in a way unlikely to ever be undone."

“While conducting the oral history project for the commemoration of the 50th anniversary," " says New Rochelle historian Barbara Davis, "we have seen that the decision had a profound impact on the lives of so many New Rochelle residents – the most dramatic, of course, being the children attending the school who had to start anew in other schools."

In 1961, Federal Judge Harold Kaufman ruled for the plaintiffs. However, the school board continued to oppose the judge’s orders to desegregate.  The U.S. Supreme Court in 1962 let the decision stand, ruling that the Lincoln School boundaries had been intentionally drawn to create segregated elementary school districts. 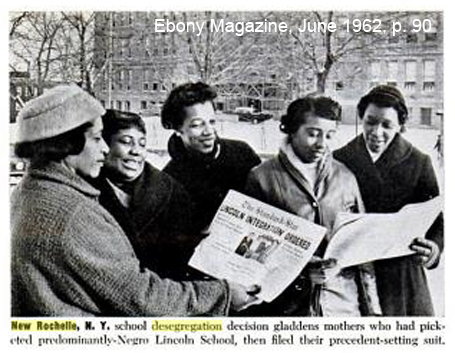 Finally, in 1963, the Lincoln School was torn down, and busing began system-wide throughout New Rochelle. Students could attend any school of their choosing, as long as there was availability. 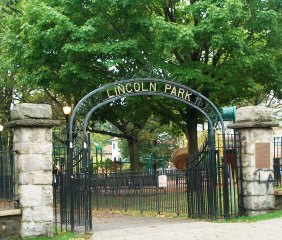 "The words on the plaque that was placed on the 25th anniversary memorial of the decision are most appropriate: “A milestone on the search for unity in the midst of our diversity.”  Davis says. 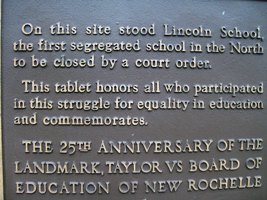 January 24th, 2011 will mark the 50th anniversary of Judge Kaufman’s historic decision. To commemorate the occasion, the city of New Rochelle is launching a 50-year retrospective with activities to be announced.

If you have ideas, memories, or historic items for the event, please contact: Camille Edwards-Thomas, School Community Facilitator at 914-576-4233, or by e-mail at: cedwardsthomas@nred.org

—Wendy Koch is a Larchmont writer.