The Commissioner of Development for the City of New Rochelle has died after a long battle with brain cancer. He was 57. 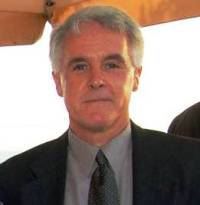 from the family of Craig King:

Craig A. King, of New York City, NY, died on January 3, 2010 at his home in the loving arms of his family after a long illness. He was the son of the late Anne and Dr. David King of Massachusetts. He is survived by his beloved wife, Barbara Singer, his cherished sons, Peter, David and Danny King, his adored step-children, Evan and Eleanor Peters,his siblings, Paul, Monica and Jay King, his daughters-in-law, Kim King and Kacey Thompson and his caring mother-in-law, Ann Singer.

Mr. King served as the Commissioner of Development for the City of New Rochelle, NY for seven years during which time he brought significant new development to the City, leading a department responsible for economic development, housing and community revitalization. Prior to his tenure in New Rochelle, Mr. King was a Project Management Executive in the federal government in Washington, D.C. He also spent many years working in Massachusetts on development projects in the cities of Boston and in Somerville.

In lieu of flowers, the family requests that donations be made in his name to the Empty Han Zen Center, 45 Lawton Street, New Rochelle, NY 10801