To submit an obituary, please send an email to obits@theloopny.com for details. 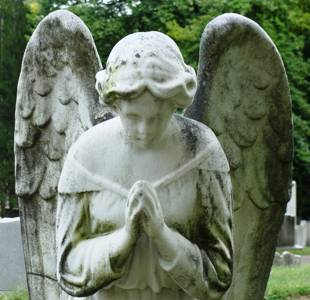 Ardith Campbell Dentzer, a resident of Alexandria, Va., died of lung cancer at the Larchmont home of her parents on Nov. 30. A former Larchmont resident, she was 52.

Diagnosed with small cell lung cancer in late 2009, Ms. Dentzer emphasized the dangers of smoking to others as she underwent treatment for her illness, often stopping smokers on the street to describe her illness and its effects. She received care primarily at Georgetown Medical Center and Stamford Hospital, with concluding home care provided by Calvary Hospice of the Bronx.

Throughout her life, she was known for the deep attention and concern she gave to friends and family, as well as to favorite causes and organizations. The latter included women’s rights in the workplace and the P.E.O. Sisterhood, an international women’s philanthropic and educational organization. She was a member of its Chapter AF in the Washington, DC area.

A daughter of William and Celia Dentzer, she was born Aug. 18, 1958 in Arlington, Va.  Moving to Larchmont with her family in 1969, she attended local schools and graduated from Mamaroneck High School in 1976. She received a B.A. from the University of Vermont in 1980 and earned an M.B.A. in 1987 from the American Graduate School of International Management (Thunderbird) in Glendale, Ariz.

Ms. Dentzer worked over the years in retail store management and finance-related posts in New York City and Boca Raton, Fla.  After relocating to Alexandria in 1998, she served as president of the Hunting Towers & Terrace Tenants’ Association during the construction of the new Woodrow Wilson Bridge across the Potomac River, which entailed destruction of one of its apartment buildings and new lease arrangements for all tenants.

Scott graduated from Blind Brook High School in Rye Brook, N.Y. in 1993 where he was on the Varsity Ski Team.  A 1997 graduate of Ithaca College (NY) he received a B.F.A. in Film and Photography as well as Ithaca’s Film Department senior award for film editing.  He also played guitar in a local college rock band.  In addition to skiing, snowboarding and music, Scott was a literature buff and enjoyed playing pool.  He took great pride in his second career in carpentry.

A service in celebration of Scott’s life will be held at the Larchmont Avenue Presbyterian Church, 60 Forest Park Avenue, Larchmont, N.Y. on Saturday, December 18 at 2p.m.  In lieu of flowers donations may be made to the New Rochelle Humane Society, 70 Portman Road, New Rochelle, N.Y. 10801.

Mary (Bilotti) Amoruso of Mamaroneck passed away on November 27, 2010 at age 89.  She was born in Yonkers May 9, 1921.  She worked as a teacher’s aide at Harrison Middle School for many years. She was also a member of the Columbiettes.  Devoted mother of Dave Bilotti (wife Sandra) and Bill Bilotti, devoted sister to Lucy Russo and the late Sam Tritto and Beatrice Janicone. Predeceased by her husband Vito Bilotti. Reposing  Monday from 5 to 9 at Coxe and Graziano Funeral Home 767 East Boston Post Rd. Mamaroneck, www.coxeandgraziano.com. Funeral Mass Tuesday 10 a.m. at St. Vito’s R.C. Church followed by interment at Holy Sepulchre Cemetery.

Walter Baer of Harrison, died November 25, 2010 at age 84.  Born January 14, 1926 to Lester & Leah Baer.  Walter proudly served in the US Navy during WWII.  For 48 years he worked in Sales for Bucilla Inc. and later went on to work for Innovation Luggage.  Walter was a member of the American Legion as well as the Lions Club. He also was the Co-Founder of the Harrison Dad’s Baseball League.  Walter is the devoted husband of Betty.  Cherished father of Les Baer (Gail), Kenneth Baer (Patricia) and Gary Baer (Jill).  Loving grandfather of Greg, Matthew, Michael, Bryan, Jackson, Elle & Eden and step grandfather of David, Nicole & Tiffany.  He was also the proud great grandfather of Ava. He is predeceased by his brother Bill and grandson Ryan.   Memorial donations may be made to All Saints Church, 300 Harrison Avenue, Harrison, NY 10528.  Committal will be private.

Theresa Littlefield of Mamaroneck passed away on November 19, 2010 at age 94.  Theresa was born on April 26, 1916 in New Rochelle to the late Frank and Rose Bellizzi. Beloved wife of the late Kenneth who died in 1964 and devoted mother of Kenneth Jr..  Theresa was devoted to her church, The Harrison Presbyterian Church, 181 Park Avenue Harrison where memorial donations are being directed.  Reposing on Monday from 2 to 4 & 7 to 9 at Coxe & Graziano Funeral Home 767 East Boston Post Rd. Mamaroneck.  Committal will be private.

Joseph John Mezzacappa Sr. on November 17, 2010 at age 69.  Joseph was born in the Bronx to Joseph J. and Lydia (Nee Baderschneider) Mezzacappa.  He worked and retired from Coastal Oil where he was employed as a driver. Devoted father of Joseph John Mezzacappa Jr. (wife Jennifer) and Gina Mezzacappa, cherished grandfather of Olivia Minichiello, former husband of Palma Salvietti, and dear brother of the late Antoinette Viserto and Thomas Mezzacappa.  Reposing on Sunday from 2 to 4 & 7 to 9 at Coxe and Graziano Funeral Home 767 East Boston Post Rd. Mamaroneck, NY Funeral Mass Monday 10 a.m. at St. Gregory the Great R. C. Church followed by interment at Gate of Heaven.

Rosemarie Balancia (nee Varrichio) sadly and suddenly passed away on November 8, 2010 at age 73.  Rosemarie was born in the Bronx in 1937 to Alfred and Theresa (nee Martone) Varrichio. Rosemarie devoted her life to family, friends, and her church, St. Anthony of Padua in West Harrison, NY.  There, she served on the Ave Maria Guild, CYO and Festa committee for many years.  She volunteered at St. Agnes Children’s Hospital and their Meals on Wheels program.  Rosemarie spent countless hours volunteering to help others in need.  Beloved wife of the late Honorable Charles G. Balancia (d. 2006) devoted mother of Angelo (wife Virginia) Balancia, Teresa (husband Kevin) McKenna, Charles (wife Michele) Balancia, Guy (wife Patricia) Balancia, dear brother to Guy (wife Joan) Varrichio and cherished grandmother of Larmyk and Crisamer Balancia, Skylar Rose and Tyler Balancia, Charles, James and Luke Balancia and Cassidy Tess and Kevin McKenna.  Reposing on Tuesday from 5 to 9 at Coxe and Graziano Funeral Home 767 E. Boston Post Rd. Mamaroneck  Mass of Christian Burial Wednesday 10 a.m. at St. Anthony of Padua R.C. Church,followed by entombment at Gate of Heaven Cemetery.  In lieu of flowers memorial donations may be made to St Anthony of Padua, 85 Harrison St., West Harrison, NY 10604

Doris Christina Patouhas, 91 years young, matriarch of the family passed away on October 28, 2010 at Greenwich Hospital with her family by her side. She was born in the Bronx on June 11, 1919 to Hermann and Catherine (Julia Josephine Hime) von der Heyde of Hamburg, Germany. Predeceased by her first husband James J. Fero and her husband of 51 years, George J. Patouhas. She was a resident of New Rochelle, NY, graduated from New Rochelle Schools and Packard Jr. College. Active in the community she was a member of the Saroptomist International, Zonta International, Woman’s Club, Garden Club of Larchmont and New Rochelle Shore Club. She was a volunteer at the JAL Golf Classic for 12 years and at Sound Shore Medical Center. She was an avid reader and artist who exhibited her oil paintings at Westchester Outdoor Art Exhibit and Larchmont Pen Woman’s Show. She was also a Realtor Associate for 46 years and loved working with people. She is survived by her loving son George P. Patouhas of New Rochelle, NY. She was also survived by her nephews Steven Schumacher of Larchmont, NY, Robert Soleau of Marlborough, CT, Christopher Heyde of Las Vegas, NV and nieces Kathy Stickney of Sarasota, FL, Anne Jackson of Hopewell Junction, NY and Lynn Soleau of Colchester, CT. Also surviving are her godchildren Robert Soleau, Christopher Heyde, Debra Porco of Wappinger Falls, NY, Richard Jackson of Hopewell Junction, NY and Kathleen Greene of Darien, CT. Also surviving are many great nieces and nephews. She will be cremated and a memorial service will be held at the Episcopal Parish of Christ the Redeemer in Pelham, NY on December 4, 2010 at 11:00 AM. Interment in the family plot at Kensico Cemetery in Valhalla, NY will be private. Doris was a very kind, caring, loving person who touched the hearts of many people and will be missed dearly by all. Memorial donations can be made in her name to the Episcopal Parish of Christ the Redeemer, 1415 Pelhamdale Avenue, Pelham, NY 10803. JOHN J. FOX FUNERAL HOME, INC. 2080 Boston Post Road Larchmont, NY 10538 (914) 834-0144 www.jjffh.com