In the past two weeks the New York Yankees have lost not two, but three greats. The former owner, George "The Boss" Steinbrenner and longtime announcer, Bob Sheppard both passed away in the same week. However, the third passing 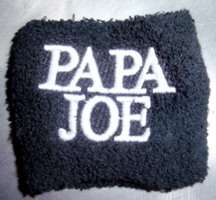 came on July 18, 2010. "Papa" Joseph Glaser, pitching coach for the Mamaroneck summer travel teams, died from complications following hip surgery. Papa Joe was born in the Bronx on July 29, 1941, attended Pace University and played in the New York Yankees minor league system in the 1960’s. After his playing days were over, he truly served his community.

Hero is the most fitting word to describe Papa Joe, for once he saved a man from an oncoming train. As pitching coach for the Mamaroneck summer travel teams, his heroism shined through, guiding players through games with a killer instinct and knowledge of the game matched by no other coach on the field. When the players on his summer travel team got word of his surgery, they got together a card to honor him, and he quickly responded, "Thanks, but I’ll be back this weekend for the tournament."

After Papa Joe passed, one teammate had armbands made for all the players to wear in memory of Papa Joe. Father of pitcher Stephen Dougherty relfected on the situation by saying, "We are also saddened and feel a sense of loss over the death of Papa Joe.   He had a special,  rare ability to teach his vast knowledge of baseball to our sons.   On a personal note,  I always felt  a lot more confident,  or at least a little  less nervous,  when Stephen was pitching and Papa Joe was sitting  just outside the dugout,  knowing that Papa Joe  would  help Stephen  will  his way through just about any situation. "

Although Papa Joe did not physically accompany the 16U Mamaroneck Tigers to the Baseball Heaven tournament in Bellport, Long Island over the weekend, his chair and hat had a place of honor in the dugout, and the team knew that he was there in spirit, watching from above, in "baseball heaven".