This is a story about living history- a train station, a mill tucked deep in the Flats and a local man who knew treasure when he saw it… 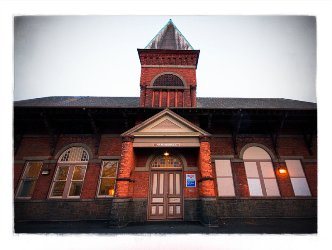 The plaque inside the Mamaroneck Train Station, built in 1888, says it is the second oldest railroad station on the New Haven line, and it is now, as many know, undergoing a major renovation. That’s why when Craig

Muraszewski saw huge piles of wood outside,  the station’s orginal floor, destined for the garbage, he knew this was a rare chance.

"Those trees must have been standing hundreds of years before they were cut down in 1888, he says. " And they must have been right here. They couldn’t have carried them very far back then."

Craig asked the developers who are working at the station if he could have the wood, and he says they told him to take it.

But where was he going to take it? And how? 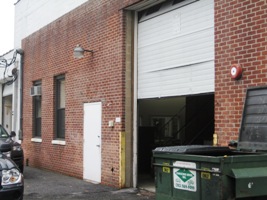 A quick google search on his phone found Culin and Colella. He called them. He explained. Despite the fact they were strangers, with many truckloads of wood of unknown quality between them, and no idea what this might cost, they listened.

Then they came right over.

"I had a feeling this was going to be good," says Janis Colella, who with her husband Ray Culin, mills and designs wood for cabinets, architectural millwork and custom furniture. 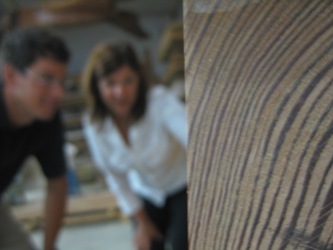 At the Culin and Colella warehouse on Center Avenue in Mamaroneck, Craig spent hours banging the old nails, long and sharp without heads. Then, the 3′ by 7′ boards were sanded down by huge machines. 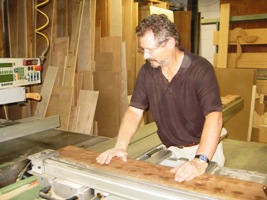 "The wood was fascinating," Janis says. It proved to be Douglas Fir, already very old when the trees were chopped down with hand saws in the 1880s.

"Wood is so wonderful to work with when you have the tools. It’s a very rewarding thing. Wood is alive, it never dies.There is no other building material that grows. All you’re doing is machining it, maybe coloring it and working with it. I wish more people were exposed to it." 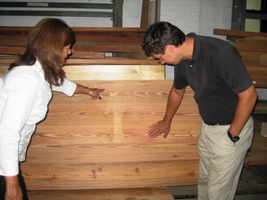 In some places the wood has actually turned bright red where the Fir oxidized, but they will leave all the flaws and stains where they are.

The team is in the process of joining the planks and creating pedestal legs using mortise and tenon joinery and yellow glue, for what will be… an enormous farm table. Yours, for $5500. 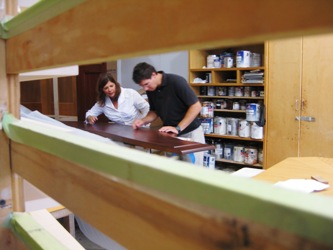 "The beams were laying there since 1888," says Craig. It’s amazing to think of all the people who walked across those floors." And one day, will pull up a chair, and perhaps, raise a glass to them.