Dog on a roof, pedestrian hit in Town of Mamaroneck, a pencil stabbing and $12K in merch taken from the Gap. It’s this week’s blotter… 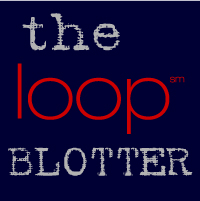 MAMARONECK TOWN
North Chatsworth Avenue: A New Rochelle pedestrian, 39,  was taken to Sound Shore Medical Center after she and a turning car collided in the crosswalk at Myrtle Boulevard at 7:19 a.m. April 21. The car was driven by a 56-year-old Mamaroneck town woman. The pedestrian was not badly injured.


MAMARONECK VILLAGE
Hampshire Country Club, still up for sale, reported two more instances of criminal mischief:  On or before April 20th, someone damaged unspecified property inside. On April 22, someone broke a back door to the club house between 1 p.m. and 4 p.m. (courtesy Journal News)

LARCENIES FROM AND DAMAGE TO MOTOR VEHICLES

Four residents at four different addresses reported that their cars were broken into some time during the night on April 15 or the early morning of April 16. Police said they believe the cases are connected.

On Hix Avenue, a woman reported that the passenger-side window on her car was broken and an iPod was taken. The woman said she arrived home before midnight on April 15. She noticed the damage and the stolen property the following morning.

On Forest Avenue, a man reported that the rear passenger-side window on his car was broken and a laptop case was taken. The laptop case, with some accessories, was later found in a neighboring yard.

On Magnolia Place, a man reported that his car was broken into some time after 11 p.m. No property was taken.

On Pine Island Road, a man reported that the front passenger-side window on his car was broken while parked in his driveway. No property was taken.

The Rye Veterans Association reported receiving about 150 letters from individuals with personal information responding to a fictitious veterans program. â•©April 19

A Port Chester man reported that his bike was stolen from the bike rack at the Rye YMCA at 21 Locust Avenue, between 2 p.m. and 9 p.m. April 19

A telephone pole located at Midland Avenue and Peck Avenue suffered significant damage after being hit by an unknown vehicle that left the scene. April 18

A small amount of graffiti was found at Midland School and was removed. April 18.

A Rye man reported that his wallet was either lost or stolen, either in Rye or at the Detroit Metropolitan Wayne County Airport. April 17

A teacher at the Milton School assisted students home after a white van was reported driving slowly on Hewlett Avenue near the elementary school. April 16

A Rye man reported that a license plate on his boat trailer was stolen sometime after Feb. 15 while his trailer was at the Rye City Marina. 650 Milton Road. April 16

A Rye woman reports that somebody backed into her car and left the scene. April 13

More than $12,500 in merchandise was taken from the Gap at 1340 Boston Post Road. Police said the female suspect made multiple trips in and out of the store in order to carry the nearly 250 items, mainly pants and cardigans.

A Larchmont woman reported that a GPS valued at $300 and $20 in cash were taken from her car, which was parked in her driveway on Rebeau Drive. April 17.

Police received a report of unruly spectators at a hockey game at Hommocks Ice Rink around 10:45 p.m. Village of Mamaroneck police assisted on the call. Everything was in order when police arrived. April 17.

Police received eight reports of larcenies from cars from April 13-April 16. Five of the cars were located on Shore Acres Drive, two were on The Parkway and one was on Alda Road.

Police said they have no suspects but believe the cases are connected:

A briefcase and its contents, which were estimated at $750, were taken from a car parked in a garage on Shore Acres Drive. The victim said he left his garage door open. April 13

A laptop and a briefcase, estimated at $1,500, were taken from an unlocked car on Shore Acres Drive.  April 13

An iPod valued at $250 was taken from a car on Shore Acres Drive. There was no evidence of a forced entry. April 15

A window was broken and a GPS valued at $100 was taken from a car on The Parkway. April 16

A window was broken and $20 in cash was taken from a car on The Parkway. April 16

A GPS valued at $250  was taken from an unlocked car on  Shore Acres Drive. April 16

A GPS with an estimated value of $200 was taken from an unlocked car on Shore Acres Drive. April 16

$1,200 was taken from a Van Ranst Place apartment. No arrests were made and police said they have no suspects. April 12

A male driver was pulled over at Mount Pleasant Avenue and Palmer Avenue after failing to yield for a police officer. He was arrested for reckless driving and disorderly conduct. April 12

Two youths were arrested for possession of marijuana on Woodbine Avenue.  April 13

A 19-year-old Mamaroneck man was arrested for unlawful possession of marijuana at Van Ranst Place. April 14

Police respond to a report of a dog stuck on the roof of a Ward Avenue home. The dog, however, had access into the house through a window. No police action was required. April 14

A pedestrian was taken to Sound Shore Medical Center with a minor left leg injury after being struck by a car at 324 Halstead Avenue. April 15

A man reported that three trees or bushes were taken from Hampshire Country Club. Police observed four small holes in the ground near the club’s entrance. The club did not file a complaint. April 15

A woman on a bus was allegedly unruly because the driver would not let her off at a local stop on the express bus. The woman got off the bus on Fenimore Road. No arrests were made. April 15

A 44-year-old Bedford Hills man was arrested for driving while intoxicated on the 1400 block of Mamaroneck Avenue at about 12:50 a.m.  Police said he was pulled over after he was caught on radar driving above the speed limit. He refused a chemical test. April 16

Police responded to a report of an enraged driver on Fenimore Road giving other drivers the middle finger. The driver was gone upon police arrival. April 16

Two boys were observed on the Hampshire Country Club golf course near a bathroom shack. They were advised to stay off the property. April 16

Police responded to a report that a male was sleeping in a car on Prospect Avenue. Police located the car, but did not find anybody sleeping.  They did, however, observe a pile of clothes on the passenger seat that may have appeared to be a person. April 17

A 47-year-old Waterbury, CT man is facing multiple charges after a late-afternoon incident on Mamaroneck Avenue. The suspect allegedly entered a business and attempted to sell jewelry to workers. When he was asked to leave, he allegedly became irate and threatened the workers with a hatchet before fleeing. When officers located the man, he allegedly provided false identification and was in possession of three plastic bags of marijuana. He was charged with second-degree menacing, peddling without a permit, unlawful possession of marijuana, identity theft and criminal impersonation. April 18

A 23-year-old Mamaroneck man was charged with obstructing government administration and resisting arrest on South Barry Avenue. The man allegedly refused to follow directions after a car he was a passenger in was pulled over by police. April 18

A 46 year-old Addison Street man was arrested on 4/10 and charged with Robbery 2nd degree. Jerome Healy, 46, was arrested after he entered a Chatsworth Ave establishment, displayed what appeared to be a rifle and demanded money.  He was arraigned and remanded to the Westchester County Jail.  [See Story]

A Bronx woman was arrested on 4/12, and charged with operating with a suspended license after she was observed operating her vehicle on Chatsworth Ave.  The vehicle was impounded and the operator released on the issuance of an appearance ticket.

A Lynbrook man was arrested on 4/14 and charged with two counts of Stalking 4th degree. Jeffrey Rose, 40, was arrested after his former girlfriend filed an accusatory instrument against him.  He was arraigned and released on $500 bail.

A scofflaw vehicle with $500 in outstanding fines was impounded and towed from West Ave on 4/15.

A 41 year-old Mamaroneck Town woman was arrested during the early morning hours of 4/16 after she was observed operating her vehicle and committing a traffic infraction on Palmer Ave. She was charged with Driving While Intoxicated, and released on her own recognizance.

A 22 year-old man, presumed to be a student at Iona College, was arrested for failing to pay the $88 taxi fare from Manhattan.  Mt. Joy Place and Coligni Avenue.  April 18

A 48 year-old Bronx man was arrested and charged with Forgery 2d: medical prescription, a felony, for presenting and trying to fill a prescription for oxycontin not in his name.  According to police, the suspect previously had filled prescriptions for this drug and the Walgreens pharmacy manager had become suspicious and directed employees to notify if the suspect returned for oxycontin.  Police investigation revealed that the suspect had used prescriptions for different patients written by different doctors.  The investigation is ongoing.  810 Main Street.  April 17

A 31 year-old New Rochelle woman was arrested and charged with second-degree assault, a felony, for allegedly stabbing her husband with a pencil in the left shoulder, following an argument.  The 42 year-old victim called the police.  He did not require medical attention.  5 Pratt Street.  April 15

Seven cars? tires punctured in one morning.  Police responding to a call of a punctured tire at 215 North Avenue discovered six other cars with tires either slashed or punctured.  April 16

A 21 year-old Florida man reports being confronted by three men in their 20s.  One threatened him with an unknown sharp object.  The victim says the suspects went through his pockets and got nothing.  He also says he fought them off and only when he arrived home did he realized he was cut and went to the hospital.  432 North Avenue.  April 18

A 45 year-old Larchmont woman reports that a barmaid at CJ Cullens Tavern grabbed her by the throat.  77 Pelham Road.  April 18

New Rochelle man reports two gold coins ($2000 value) and $700 cash missing from his apartment.  There were no signs of forced entry and others had access to residence in his absence.  170 Elm Street. April 17

Mother accidentally locked self out of car with four week-old daughter inside. Everyone was fine.  37 Greentree Drive.  April 15

Caller reported someone tried to break into her home.  Police found a screen door removed but no apparent entry.  1231 Post Road.  April 18