…and cats, gerbils, fish… with potentially three pet stores moving within a square mile or so… 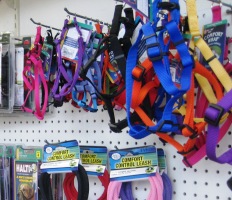 As we reported earlier, The Pet Pantry has curled up into a new space in Larchmont…in the Mrs. Green’s Shopping Center (in the old Aqua Spa).

Now Chow-Down, the discount pet supply place over near the Larchmont I-95 on-ramp on Fifth Avenue…is moving after 15 years. They’ve sniffed out and marked a new space in Larchmont Plaza, next to Leonardo’s, (Their groomer is not going with them…not enough space, but she’ll do house calls…) 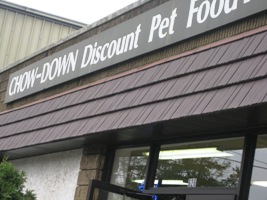 And finally, no panting, no whining, we hear that Petco, the pet superstore, made an inquiry about the infamously empty Duane Reade space on the BPR across from Trader Joe’s. It was only an inquiry. No application has been filed, according to Mamaroneck Town Administrator Steve Altieri.  (Once again dispelling the latest round of Panera Bread rumors.)

Rumorville also hears Sharkey’s Cuts for Kids in Larchmont will be closing.