New Rochelle police and the US Coast Guard confirm Sunday the body of the missing sailor washed up on New Rochelle’s Huckleberry Island, where it was recovered about 1:00 pm Saturday. 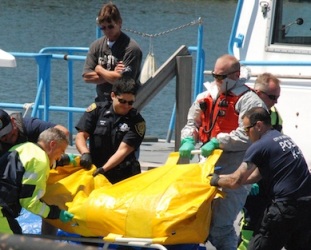 The body of Eoin Curran, an Irish native who moved to Brooklyn 4 months ago, was discovered by a passing boater saturday. Curran had been missing since he fell from a 23-foot Sonar sailboat during a sailing lesson after a brief but violent squall on July 25.

Two other students and an instructor were also on the boat, which was owned by the New York Sailing School of New Rochelle. The instructor also fell from the boat but was rescued. Curran was not wearing a life preserver, authorities said.