Not that Senate this time…the U.S. Senate! 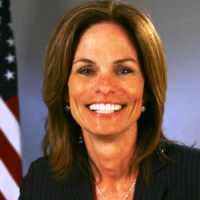 
"I am actively considering a run for the United States Senate and expect to make a final decision sooner rather than later. The ever-growing debt coming out of Washington is alarming.  It will have serious implications for New York and for the next generation of Americans. Priority number one in this country has to be debt reduction and long-term tax relief. That will be the major focus of my campaign should I formally enter this race."-Liz Feld 11/25/09