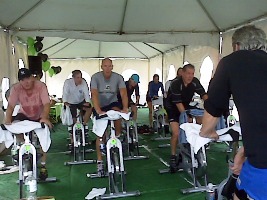 the tent at the Larchmont Farmers Market…where more than 50 spinners over the course of the day contributed cash and muscle to the second annual Crank up the Resistance Spin-a-thon…to fight Juvemile Diabetes by riding a bike in "spin class" for an hour. Music was by live DJs and the classes were led by L Train’s Laurie Parkinson, Spin Queen Theresa Vozza (who teaches at NY Sports Club) and others. 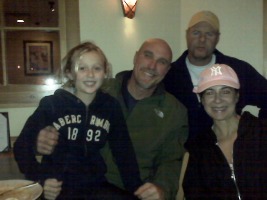 Later, the party moved indoors to Palmer’s Crossing where the truly amazing Michael Nappi and his band rocked the house (you remember them from the Loop Bastille Day party, perhaps…) and more money was raised in a raffle of goodies contributed by local businesses.The total raised is expected to be about $13,000. 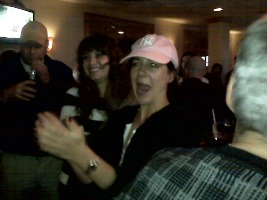 The Spin-a-thon was a dream of Parkinson’s. "I wanted to do something for kids," she told us. "Now that I am doing this, everyone I know seems to know someone who has Juvenile Diabetes." Hopefully, thanks in part to her, this soon won’t be true anymore. 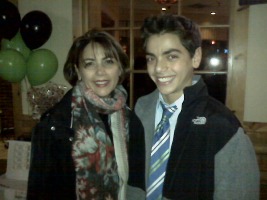