theLoop welcomes new sponsor, Toy Box; but it’s Toy Box that has welcomed a couple of generations of kids and their parents in New York City and Westchester since 1959. 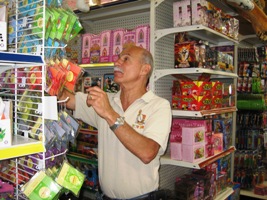 If you’ve stepped foot into the Toy Box in Mamaroneck, then you know Steve. He’s the guy with the "Toy Box" polo shirt who greets you by name, and will skillfully navigate you through the over-stuffed aisles directly to the very Legos, Silly Bandz or bicycle you need. Just don’t start him talking if you’re in a hurry. You’ll want to stay and listen.

Steve’s dad Abraham took over a candy and toy store in Pelham Bay, the Bronx, in 1959. Eventually, the store became known to the locals as "Steve’s." Later, Steve would open Jason’s Toy Center (pictured below about 1990–check out the sign…remember Pogs anyone? ) in Woodhaven, Queens. 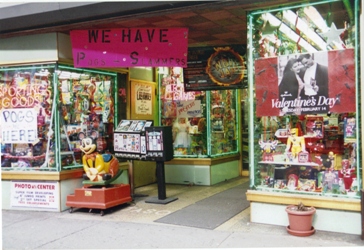 In 1996, Steve’s friend Marc Langus, who owned a store in Mamaroneck named the Toy Box, became terminally ill. So Josephson bought the store.

"He loved this store," says Josephson, "and so did I. It was my way of keeping his dream going."

Steve opened Steve’s Variety Center in Throggs Neck, the Bronx, in 1997 and a Toy Box in Thornwood, NY about a year later. By 2000, there were addtional locations on Buhre Ave, in the Bronx and New Rochelle.

Today, all of the focus is on the Mamaroneck store, which is the one remaining. On a recent Saturday, the Mayor of Mamaroneck stopped in to say hello while a dozen children ran up and down the aisles, their parents looking for birthday presents and care packages going to sleep-away camp. 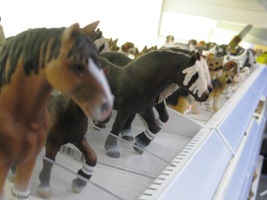 Why the life long love affair with Toys and kids? "My birthday is December 26, says Josephson, "the day after Christmas. As a grown-up I can have toys all year long."