The Westchester District Attorney’s office confirms a suspect in the murder last Thursday of a Mamaroneck woman  was convicted in 1984 for killing a Mamaroneck cab driver in 1982. 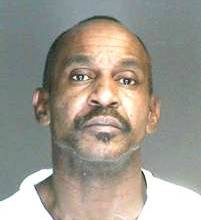 Reggie Powell served 22 years in prison for the killing and was out on parole at the time of Jennifer Katz’s brutal murder in her Baldwin Place home in the Village of Mamaroneck.

Chalfin also confirmed one of the suspect’s brothers is Warren Powell, a village sanitation worker who lived with Katz for two years, until 2009. Another brother is Bishop Wayne Powell, who has been pastor at Strait Gate Church at 115 Madison Street in Mamaroneck for 26 years. The Journal News reports the suspect had been living with that brother in White Plains.

Reggie Powell is due back in Mamaroneck Village Court on Thursday.