Coming soon to a head near you- the Tiger Hat!  This was the brain- (somewhere under that hat) child of a mother-daughter team in Larchmont as a fundraiser for Mamaroneck High School. Melissa Gitelman, who works with Hat Attack , known for their great fashionable winter trapper hats, was told by her daughter Emma Silverman that much like the animal hats one sees in stores now, it was time for Mom to make an MHS Tiger hat. 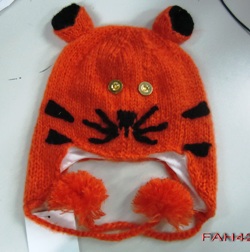 "She said she could picture everyone sitting at the games wearing the hats and how fun that would be,"
says Melissa.

Available in January only at Mamaroneck High School, about $15. Proceeds go to the PTSA.