In addition to therapy and martinis with the girls, the great cure for many women is self-gifting 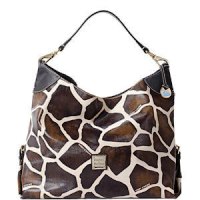 with various forms of suburban bling.  Despite the recession, we’ll always find a plausible excuse to treat ourselves to that new lipstick, bag, piece of jewelry, pair of boots, or bra (which is easily rationalized because it provides a functional use as well).

The need for baubles and face paint is as old as our gender.  At a museum recently, I was impressed by the intricacies and variations of prehistoric accessories.  The Egyptians even loved their stuff so much they insisted on being buried with it.  (Hmmm…does that mean I can take that great pair of suede over-the-knee boots with me forever?)  Did prehistoric women run out to shop too when they had a bad day or needed a pick-me-up?  (“I overcooked the wild boar today so my husband hit me with a stick…the kids were running all around the cave…and I was feeling bloated, so I went next door and traded a piece of dried fish for a new set of shell beads.)

I was talking recently to a local Westchester boutique owner who told me that her business had held up well throughout the recession.  She sells bags, jewelry, and underwear.  Although lower-priced merchandise was selling better than some of the true luxuries, her sales were only down a relatively small percentage over last year.  Rumor has it that the “Lipstick index” of the last recession has proven out recently, although foundation sales are up.  Could it be that women are just looking to mask larger areas of their faces to hide anxiety and depression?

The good news is that sales of women’s nutrition products also appear to be climbing, according to this article.  Great to know that we are feeding our souls as well as our closets.

Speaking of health and wellness, we are entering Go Red for Women month, so you can really rationalize shopping for some new bling.  Just pick out something of a crimson hue that has a charitable tie-in and you don’t have to feel as guilty about your accessory addiction.

See you around Main Street.