"AMAZING JOB EVERYONE!!," says a message on the Facebook page, "The meeting was so incredible and i really think that what was said will stick with the board…" 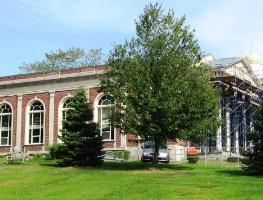 That Facebook page ( now at over 535 members) quickly organized by students at Mamaroneck High School, was buzzing after  the District School Board meeting Tuesday night.

Members of the Board of Education said that they would listen to the audience’s feedback but that district officials could not comment on Rosenzweig’s employment, citing personnel issues.

The superintendent decides who gets tenure based on recommendations from other officials, including the Principal. The Board may not overturn his decision to deny tenure, officials said.

According to John Sacks, father of two children at Mamaroneck Avenue School, who has followed the situation, "She is (one of the) the least senior teachers and by the teacher’s contract must go," if not granted tenure.

Coincidentally or not, It was also announced Tuesday that MHS Principal Dr. Mark P. Orfinger would retire at the end of the school year. (interesting piece on LoHud blog)

theLoop has been in contact with Rosenzweig, who has chosen not to comment publicly at this time.

with a planned protest at a meeting of the School Board April 6 and a Facebook page with over 425 members.

As some readers first reported to theLoop with comments  last week, Jennifer Rosenzweig,43, who has taught English at MHS for three years, was cut despite hundreds of letters of support from parents and students.  She and her family live in Larchmont and her children attend schools in the District. 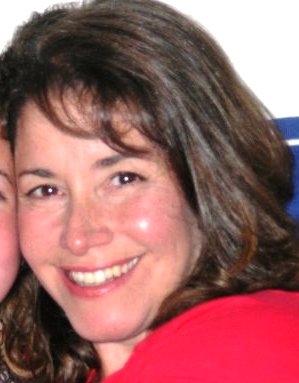 Hey guys first off i would like to thank everyone for the tremendous support everyone has been giving. Second we are aware that not everyone was able to come to the meetings we have had, so this is serving as an update on what we know, where we stand, and what went on in our meetings. Janaye Stanford wrote the following bit summing these points up.

"OK guys this is just the status of things. Yesterday (3/24) when we met with Dr. Orfinger basically nothing happened, and he told us that there are things that we can’t understand and that there are budget cuts and many teachers are being "let go" and Mrs. Rosenzweig, being the newest of the English department is not being asked to come back next year. We disagree with this and told him that we really want to move forward and find a way to save her whether the teachers can use the union to save her or we pull funding from stupid things like a million hand sanitizers or fricking bronze tigers!! I think its ridiculous. And he told us that he would not rethink his decision and that what is done is done. We left right afterward to talk to Dr. Fried, and thanks everyone who came today (3/25) to talk on Mrs. Rosenzweig’s behalf, we seemed to have made some progress. Dr. Fried has agreed to meet with us again with the whole board of education and we hope that more kids will come, and I just want to make the board actually think about this. So if we have to keep them focused on this problem because Dr. Fried is retiring this year and he will totally push this under the table and i want to keep this open so that Mrs Rosenzweig can have a chance to fight the system."

Furthermore, if you have not yet written a letter/email voicing your opinion here are a few tips:
-At this point sending your letter to Dr. Fried, our superintendent, with a copy to the school board would probably do the most good.
-Although we all know Mrs. Rosenzweig is a terrific, nice person, try to focus on her strengths as a teacher instead.
-Back up what you say with examples referencing your personal experience with her as a teacher.
-As always be respectful in your letter.

As a last note I just want to bring to everyone’s attention that Tuesday 4/6 at 7:30 is the next board meeting, and it is expected that a discussion will take place regarding Mrs. Rosenzweig. It would be great if many people came to show their support so long as no one gets out of hand. Also if some people would be willing to speak and/or read their letters about their personal experiences with Mrs. Rosenzweig that would be great. Most likely people will not have to stay for the whole meeting because they will most likely set a time that they will talk about this issue. If any more information regarding this comes out I will send another message out to notify everyone.