Village of Mamaroneck residents on Tuesday overwhelmingly approved the Public Library’s $2.6 million 2011-12 budget, which calls for a 1.9 % increase over the current budget. 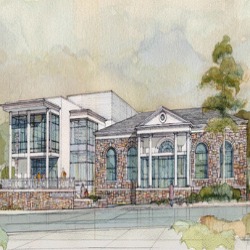 "For an average household in the village, this would amount to about a $15 increase over last year," Pomeranz said.

The budget includes operating expenses for opening the newly renovated Library building in the spring, as well as debt service on construction costs, she said.