Checked your water bill lately? Mamaroneck residents’ water bills have risen 70% and the Larchmont Board just approved a 30% increase. 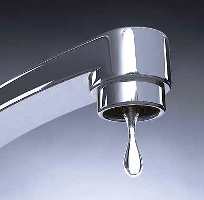 This letter was submitted by former Mamaroneck Village Board member Tom Murphy:

The Democratic candidates for Trustee of the Village of Mamaroneck  –  incumbents Toni Pergola Ryan and John Hofstetter and first-time candidate Sid Albert – understand and appreciate that Village residents are upset and frustrated  by the recent 75% rate increase in their water bills. Not only is the increase substantial, but it was set without any public discussions by the Board of the Westchester Joint Water Works (WJWW).  For too long, the workings of the WJWW have been shrouded in secrecy. The Democratic candidates call for common sense reforms in the governance of WJWW to provide transparency to Village residents.

Toni, John and Sid propose that WJWW board meetings be open and televised so residents can view and participate in a process that directly affects their pocketbooks, and that WJWW post on its website annual budgets and financial audits for recent years, and the financial analysis that was reviewed by its Board in determining this year’s rate increase.

Said Sid Albert, “Our proposed reforms are meant to open up to public scrutiny the finances and operations of WJWW.  We hope that the Mayor of Mamaroneck and the Supervisors of the Towns of Mamaroneck and Harrison, who comprise the WJWW Board, will act quickly to implement these basic reforms.”

Trustees Ryan and Hofstetter also called upon Mayor Rosenblum to substantiate his assertion that "The reasons underlying the increase in the water rates are based upon the facts and financial conditions that had long been ignored by the previous Boards of Trustees in the Village of Mamaroneck.”  Last year, the Village’s Board of Trustees, far from ignoring any known need, voted to accept the 17% increase in water rates recommended by WJWW to close the projected gap between revenues and expenses; the Mayor knows this because he was present at the April 17, 2009 Trustee public meeting at which the rate increase was approved. Trustees Ryan and Hofstetter stated that “Informed and rational public discussion is soiled by the mayor’s baseless accusations. We call upon the Mayor to retract his statement and to focus his efforts on supporting our proposed reforms to bring transparency to the rate increases and to WJWW overall operations."